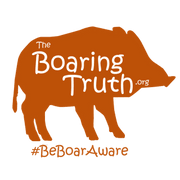 Purity of Wild Boar in the UK

How ‘pure’ are wild boar in the UK?

We often see the wild boar in the UK referred to as ‘feral wild pigs’.

Feral definition: (especially of an animal) in a wild state, especially after escape from captivity or domestication

Now the wild boar have called the UK home again for nearly 20 years, is that still a fair label, or should we start to refer to them as ‘native wild boar’ once more. Historically they are a truly native species to the UK. If the ‘feral’ tag is dropped we can look to secure the wild boar better protection from extensive hunting practices and poaching.

At the moment there is no access to wild boar DNA samples, but we are looking to change this and would offer our service to collect evidence for any interested parties carrying out investigations. Even if we had samples now it would be very difficult to determine what is ‘pure’ from DNA alone. It will only determine what differences there are from a wild boar sample and a domestic pig sample. Wild boar have DNA differences between their sub species and to date there is very little by way of a benchmark DNA sample that has been classified for comparison purposes.

In approx. 2010 The Boaring Truth attempted to assist DEFRA, at their request and we collected a large amount of wild boar faecal samples from all areas of the Forest of Dean. These samples were sent to them for analysis and DNA profiling and although we did all the hard, smelly work and requested a response to the outcome, we never received any correspondence and have reason to believe the studies were never completed.

That said, we are going to give you what we know so far. Hopefully it will help you see that the wild boar in the UK should not be treated any differently to wild boar in any other country. One of the strongest arguments in favour of the return of the wild boar is the restoration of a natural component of woodland ecosystems.

In 2004 ‘wild’ boar were released into the Forest of Dean near Staunton, on the outskirts of Coleford, there were also know population in Chase Woods near Ross on Wye.

A member of The Boaring Truth photographed the very first animals shortly after the release, see photo right. The photograph clearly shows that the traits of the photographed young male boar are the same as the wild boar we see in the forest today.

Before long, partly due to hesitancy by any authorities to make an action plan, and maybe due to them seeing the many benefits of having them back in the forest, they started to breed and spread out. The two populations moved inwards and inevitably met in the statutory Forest of Dean, and since then they have successfully established the biggest UK population of wild boar.

There have been many theories regarding where the original boar came from and who released them. These include, but not limited to, poachers, boar farmers, Forestry Commission and animal rights activists. We will never know who was responsible and because of this we will never know the true origins of the boar but dwelling on this point doesn’t help the wild boar or those living near wild boar. They are here now, and have been for 15 years, and we need to adapt.

Something we do know is that before their release, under trading standard laws, farmed wild boar must be of a certain purity or their meat cannot be labelled as wild boar, so if some did ‘escape’ they will be as ‘pure’ wild boar as possible. Many other European countries farm wild boar and have them living wild.

There is absolutely no doubt whatsoever that wild boar has entered domestic pig enclosures and similarly domestic pigs have escaped their enclosures into the wild. Cross breeding will happen in every single country over many years with wild boar and domestic pigs and this means that the purity of all European (wild) wild boar is no different than those living wild in the UK.

If anything, due to the fact the numbers are lower and less chance of domestic and wild encounters, UK wild boar may even be purer.

While we may be a long way off getting any true DNA sampling there are a few visual differences. Some are easier than other to determine, but with practise and a trained eye, it becomes simpler:

Original Wild Boar Spotted in the Forest of Dean in 2004

Your support and contributions will enable us to carry on helping wild boar and see them secure their spot back in the wilds of the UK.

The Boaring Truth is a non-profit organisation and 100% of all donations go towards helping wild boar and UK wildlife.
#BeBoarAware